Some time ago I got inspired by this scrap table to make my own version.

I started out by collecting scrap wood from several sources. The table contains wood from an old bed, a coffee table, pallets, rubberwood countertop, ...

I ripped all these to  similar widths, while trying to maximize the number of strips I could get out of one piece of wood.  Each time I had a batch of these strips I marked the positions where the threaded rods needed to be and made the necessary oval openings with a router. 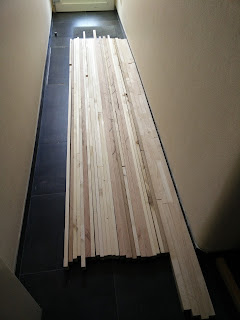 Initially I just drilled these holes, but due the temporary nature of my work setup and the time between working on this project the measurements were not consistent enough.  And having only a 10mm drill bit for 10 mm diameter threaded rods did not leave much room for error.  This became clear after an initial test fitting which almost did not come apart again. 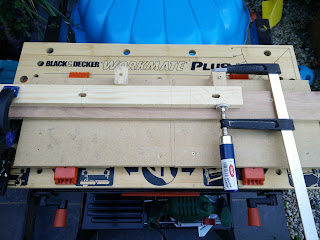 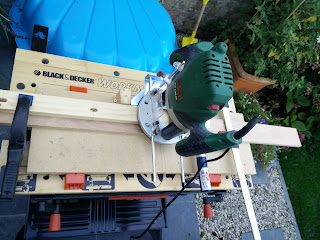 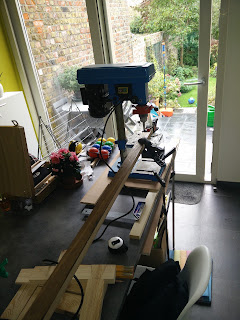 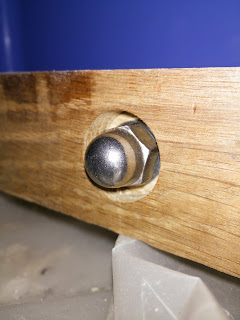 Putting the table top together took a lot of work and repetition. 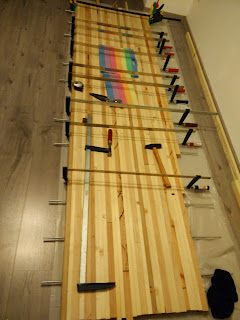 Once the table top was assembled, I straightened out the ends with a circular hand saw. 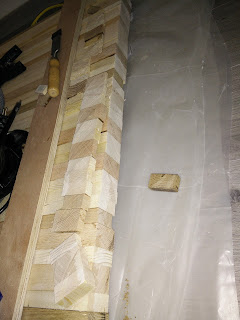 Due to some 'not-so-precise' measurements, I also had to plug some holes in the table top with some spare wood. 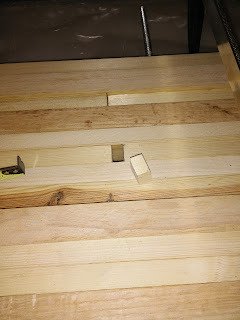 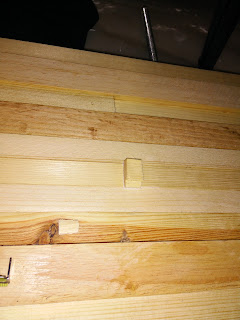 Once glued in place I used a chisel to level it roughly and sanded it down further with the manual plane.

I first planned on just sanding the table top flat, but that just generated too much fine dust.  Therefore I switched to a manual plane.  That sure is a workout :-) 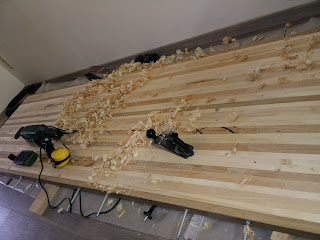 The final planing was done with an electric belt sander with very fine grain sand paper.

Eventually I would like to make an extendable table out of this.  This directed the distances between the threaded rods.  But as I need the table sooner than I could make this an extendable table, I made some temporary support structure. 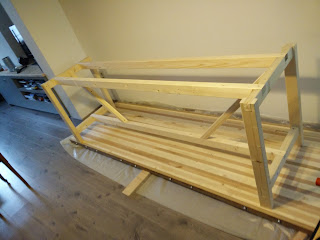 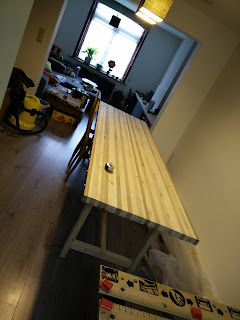 Although, making this into an extendable table will be a future project.  For now, I will enjoy the table as it is. 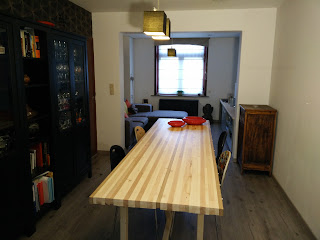